Episode 157 | The Richest Man in Babylon

by Rob Shallenberger | Dec 18, 2018 | Podcasts, Business, Do What Matters Most, Ethics and Honesty, Recommended | 0 comments 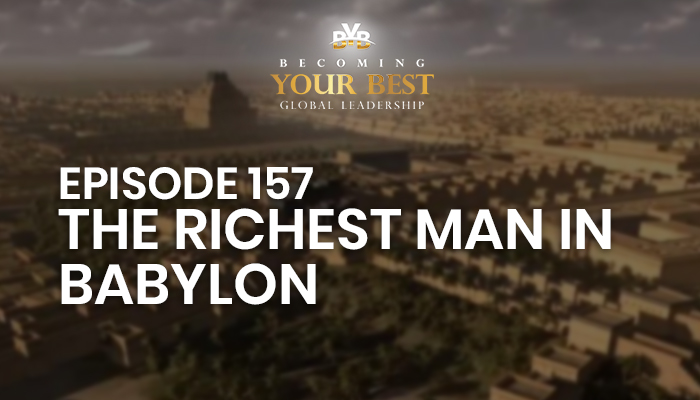 In today’s episode, Steve shares an experience that he had many years ago that had a lasting impact on his life. At 16 years old his grandfather introduced him to one of his friends, Mr. Dave Conger. Dave was a successful real estate broker in the San Francisco Bay Area and took Steve under his wing. He recommended and gave him a number of books. One was a book by the name of The Richest Man in Babylon. The Richest Man in Babylon outlines principles regarding managing money and had a profound impact on his life.

Outro: Thank you for listening. Would you like help to apply the 12 Principles of Highly Successful Leaders in your life, in your family or in your organization? Call us today at 8886908764 to speak with a helpful representative to evaluate your situation and how we can help. Or you can visit becomingyourbest.com. Whether it’s a corporate training event, keynote, workshop, trainer certification or personal coaching it would be our pleasure to serve your needs. Once again call 8886908764 or visit becomingyourbest.com today.