A Secret Way to Guarantee Repeat Success and Eliminate Failure 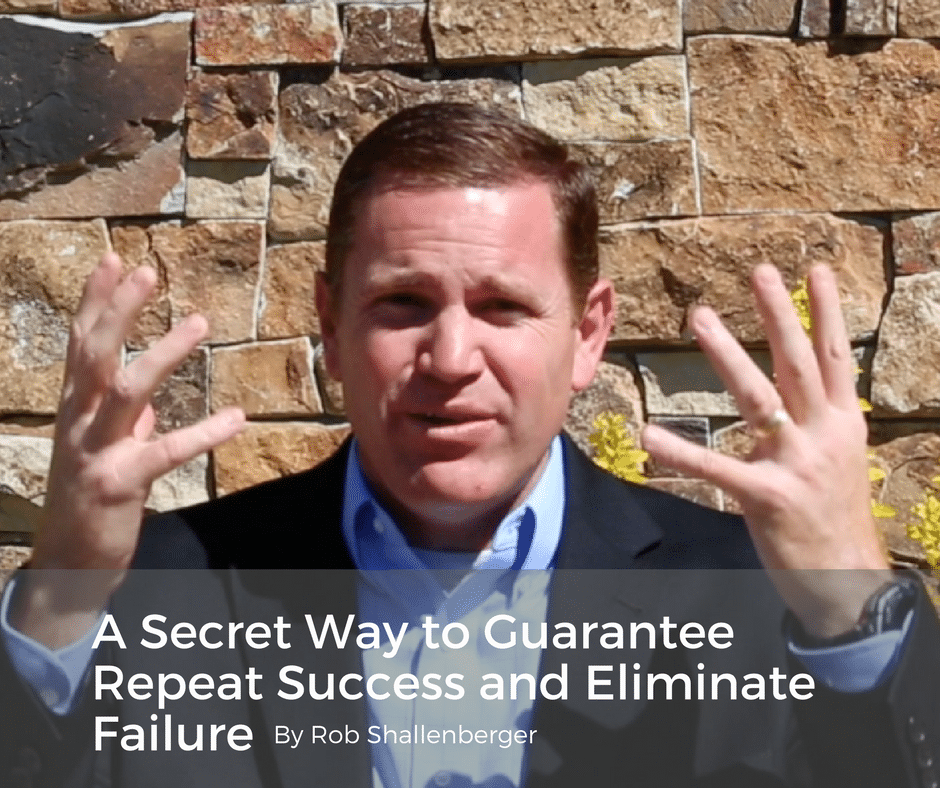 What if there was a way to guarantee that you could repeat successes and eliminate your failures? There is. Let me share with you what fighter pilots use. It’s an incredible community filled with amazing people. After every flight, fighter pilots will get together and they’ll debrief for between maybe one to eight hours, somewhere in that range. And it’s all they’re trying to do in the debrief is get down to the lessons learned so that they can repeat their successes and eliminate their failures.

Now, where would this apply to you? The debrief. Think about this. How often do you finish a project, you know some sort of activity and you say, “Oh. That was awesome.” and you move on to the next project. It actually happens all the time, doesn’t it? So for example, we just finished a breakthrough leadership conference, it’s our signature event, at Becoming Your Best, about two weeks ago. Afterwards, what would be the temptation? Wouldn’t it just be to sit down and say, “Well, that went great. Now, let’s move on the next project.”

Instead, thinking about it from the fighter pilot perspective, we gather our team together, we debrief for about an hour and we generate lessons learned. So in other words, what were the successes? What went well? What were the areas of improvement or things that didn’t go so well and how do we eliminate those so they don’t happen again? And that’s the intent of the debrief, and what’s awesome about this is we’ve been doing that for three separate BLCs now, and we have a long-running list on a word document, and here’s what’s awesome.

Probably two to three weeks prior to the BLC, we sat down and reviewed lessons learned from previous events and we had forgotten several of them. We thought, “Oh, so glad we’ve looked at this list! This is going to make a huge difference.” And so that all came from the debrief. So here’s my invitation to you. If you’re getting ready to finish a project, or if you’re in the middle of something right now, maybe pause with your team, sit down for 20 to 45 minutes and debrief.

What’s the intent of the debrief? It’s all about generating lessons learned. And you can only do that when you identify the root cause of the success, and the root cause of the failure, or what didn’t go right. And how do you repeat the successes? Eliminate the failures? And what you’re going to find is that when you start debriefing, it’s going to have a huge impact both in your life and in your company.

So I just wanted to share that quick thought. We had a debrief as a team last week, it was a powerful exercise, we’ve used it many, many times, and it’s not very often is it practiced in business. So I wanted to share that in hopes that it would help you with whatever you’re working on right now, professionally, or personally. So from beautiful, sunny Utah, wishing you a great day and we’ll talk with you again soon.