The Chemistry of Excellence 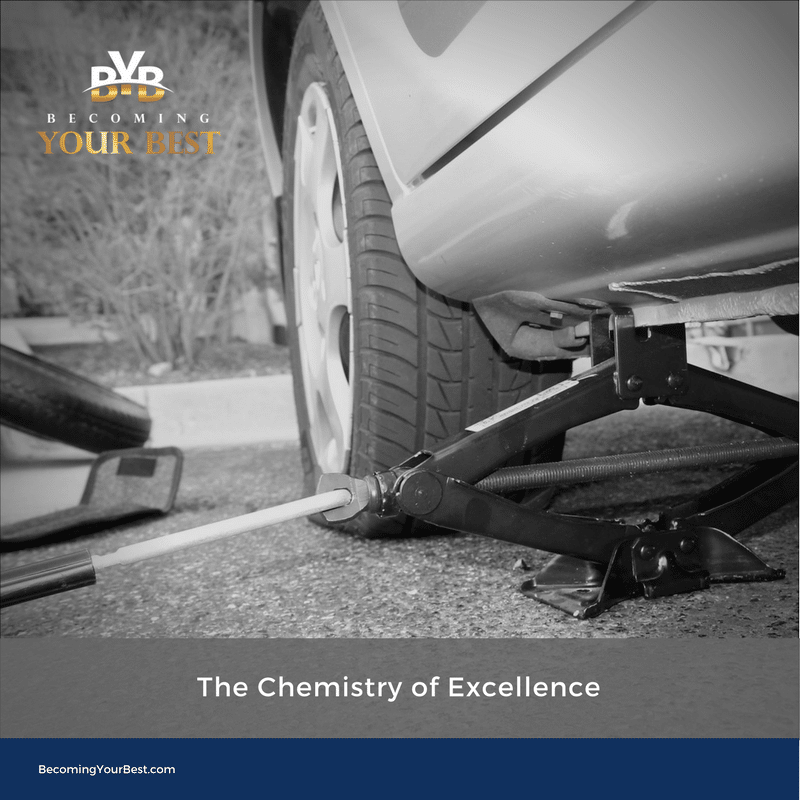 As each of you know, there is a big difference between 211 degrees and 212 degrees, and that is water starts boiling at 212 degrees. When that happens, everything changes. The dynamics of what you can do with boiling water and steam.

This is the very same with being highly successful leaders. That’s why each of the 12 Principles are so important! They work together, to create literally a chemistry of excellence. They get to that point that makes a difference.

It’s these little things that make a big difference in the outcome of our success. Not only in leading an organization, or a team, and our relationships. But also as we work with others in creating a culture that is dynamic, and powerful, and successful. Working with an employee that wants to be to work. It’s these little things as we interact with one another, that makes a big difference.

One of those can be illustrated by a story that I heard recently, told to me by a friend by the name of Terry.

Terry was at a gas station. It wasn’t very far actually from our home. He was putting in the gas, it was about 6:30 in the evening. One of the attendants came up and actually indicated that there was an elderly couple around the corner, just on the side of the gas station. They were having trouble filling up the tires.

Terry went around and noticed that the tire was flat, flat, flat. He offered some money to put into the air compressor. They tried that, just nothing took hold. The people assured him that somebody was coming, but Terry was really doubtful about that.

He looked at the car, it was an older car, somewhat beat-up. You could tell it was well used. All four of the tires were in really tough shape. So Terry said, “Listen, I’d like to give a call to a friend here across the street, where there is a tire store.” But it was obvious it was already closed, and so they had said, “Well, we have somebody coming.” But a call was made to the owner…excuse me, the manager of the tire store. And even though it was closed, he said he would come over.

My friend Terry had to make another stop some place else, and so he headed out. When he came back, there was nobody there. A couple of days later, he happened to be at the tire store. He saw the manager, Lance, who happened to be the one that was closing up that day. The store was already closed.

The rest of the story was that Lance actually came over, sized up the situation, and he said, “I will take care of you.” He went back over with their tire, changed… They didn’t have a spare tire, by the way, it also was flat. He took that, he gave them a new tire, put it on their car, and those people were on their way. He did this is as a gift.

Terry was totally amazed. And then he said, “I don’t work with tires all day long.” He said, “I work with people all day long.” And this is the difference. This is a manager that’s trying to help people, to serve their needs. To help ’em get to a better place even after the store was closed.

This is the attitude that makes a difference. This is one of the attitudes of working with people that helps us get to 212 degrees. That will make people loyal, that will make them want to come to work and engage, and participate, and give their very best.

As we are working on these things… Let’s keep in mind that as we work on the 12 Principles of Becoming Your Best… It’s these little things that we do. Keep in mind that it’s the people that makes the difference that will unlock so many doors.

This is Steve Shallenberger, wishing you a great day.