Episode 164 – The Miracle of Change, Forgiveness, and Love 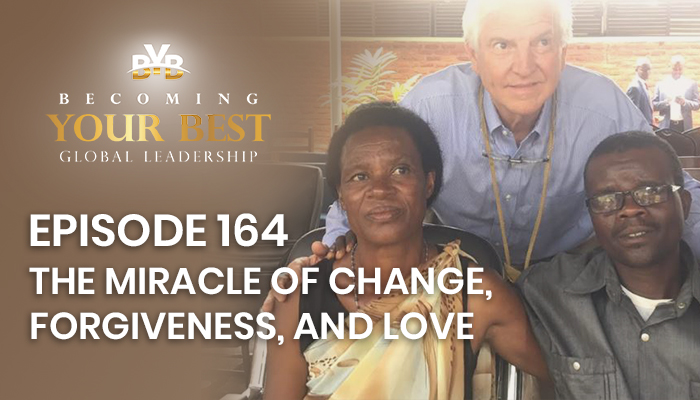 Today’s subject for this show is the miracle of change, forgiveness, and love. It is really inspired by an experience Steve and his wife had about seven months ago in the country of Rwanda in East Africa. In April of nineteen ninety-four almost twenty-five years ago they suffered a terrible national tragedy as one of the political parties or tribes plotted and set a plan to exterminate another tribe a very large population in their country who saw things differently. Today, many years later it’s now the second-fastest growing economy in all of Africa. It’s the fifth safest country in all of the world. You can go anywhere 24/7 and not worry about your safety. It’s an extraordinary place. They still certainly have a long ways to go. But my goodness, they made enormous progress.

As you are determined to let things go, to remove the hidden wedges, replacing strife, and misunderstandings, and setbacks with a Becoming Your Best type change for good, forgiveness and love. May you find peace, happiness, health, and prosperity. This is what is really at the heart of being a highly successful leader. Because of the decisions and the choices we make, we change the outcomes. We can make a difference. This is Steve Shallenberger your host with Becoming Your Best, wishing you a great day.

“Letting go,” he said, “seems to break your heart
Though it will heal it feels slow to start.”
And though the pain burned within me so
He held me tight
So I could let it go