How Our Thoughts Become Our Reality 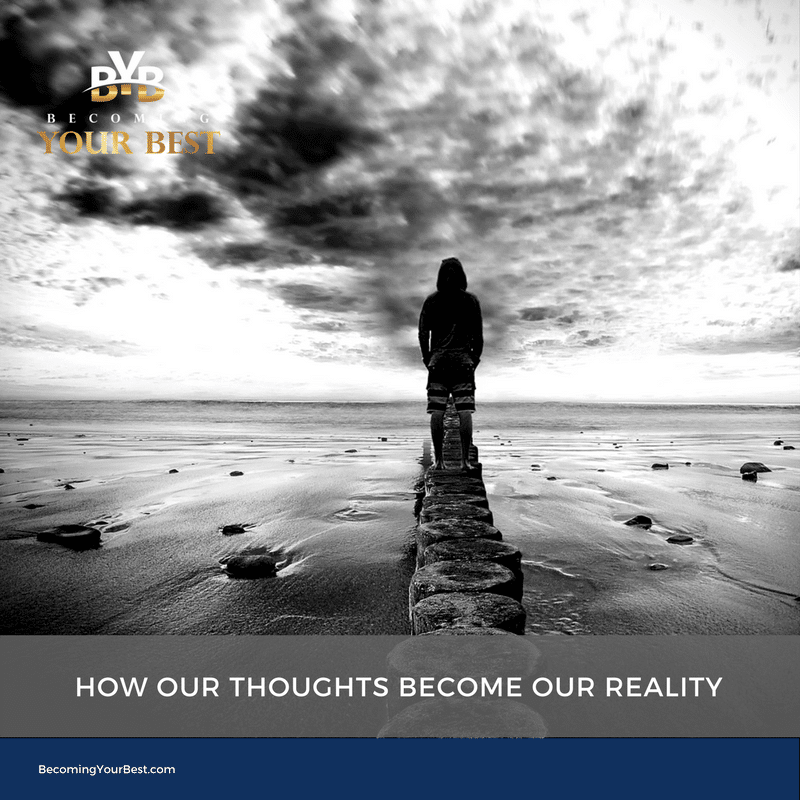 So, last week, I was out doing a seminar with a company, and there was one lady in particular who just caught my attention. She caught my eye because I could hear her chronically complaining at her table. And so I really zero in on that. It’s just not my personality. And so I start listening to her a little bit, and just complaint after complaint after complaint.You know, it’s very interesting to watch the dynamic in the team as that unfolded. And I realized that that can almost be a poison or a cancer within a team, so it really caused me to think about, what are our thoughts and what impact is complaining have on someone’s life?

And so on the way home I looked a little bit more into principle number nine, which is be accountable, and in principle number 11 which is live in peace and balance, of “The 12 Principles of Highly Successful Leaders” And I started to think about, well, how do we transform our thoughts? Because our thoughts ultimately become our reality. And what’s the impact of complaining? And it was very interesting to research this. I looked at a study that Stanford did. And Stanford did this study where they found that people who are chronic complainers, their hippocampus which is located back here in their brain, actually begins to shrink. And the hippocampus is responsible for problem solving in the intelligent thinking of the brain.

And so what happens when we chronically complain? The hippocampus actually, shrinks. We lose our ability to problem-solve. It has an energy drain on us. And not only that, what else Stanford found was that the cortisone in the body will start to increase as it gets into a fight or flight mode that complaining puts us into. That increases blood pressure. It tends to increase blood sugar. It decreases the immune system. And is it any wonder oftentimes that the people who are always working are bitter and complaining, not only tend to have a low energy, but sometimes often feel sick. Now, that’s the one side of the coin. What’s the other side to complaining? What if we are solution-focused? It doesn’t mean that we can’t be realistic. We can be very realistic and positive as we focus on how do we solve this problem. And hopefully, that would enlarge the hippocampus.

The point is though, it also releases endorphins. We become what we think about. And so a person who is positive, who has a vision, a plan, they keep their thoughts focused on what they can control. They don’t blame, they don’t criticize, they don’t bring others down. They lift, they raise their energy. And those people tend to be smiley. They attract around them what they think about. And so I found a very interesting, you know, I’ve observed thousands of people that that has become a reality. We tend to attract around us the type of people who we think about.

And so my invitation is this, in our seminars we invite people to be a part of the 21-day challenge as part of being accountable. And that is for the next 21 days, there’s no blaming others, there’s no criticizing, and there’s no complaining. Now, how’s that for a challenge? And guess what? If you get two or three days into it, start over no big deal. Imagine the impact this would have on a team and a company. Imagine the impact it would have in your personal life. If you woke up and you started looking for the good and the positive, I promise you it will transform the way you feel. So this is something I just wanted to share with you, a quick hitter, but very powerful, life-changing.

If this young lady realized what a chronic complainer she was, and how much it was impacting the team, I wonder if she would keep doing that or how she would start to change. And this is something each one of us can control in our own lives. So I’m hoping you have a great week, let’s focus on the positive. Take the 21-day challenge, and then let us know how it goes. You are a part of the becoming your best movement. A movement of people who are no longer satisfied with mediocrity, who want to be better, who strive for their best. And we’re not gonna be satisfied with anything less. So let’s go out there and have a great and wonderful week.