View cart “On-Demand Course – The 6-Step Planning Process – Coming Fall 2021” has been added to your cart.

Do What Matters Most Live Virtual Workshops (Oct)

The Do What Matters Most Live Virtual Training is instructor-led training that leads to real results. The instructor leads you through the three highest performance habits you and your team can use to prioritize time and increase performance and productivity. Ask questions, engage with other participants, and practice the skills you learn. Effectively resolve task & cognitive overload, reduce stress, get clear focus, create work-life balance, and improve performance and productivity by 30-50% within 2-4 weeks. Organizations, teams, & individuals report that these habits have directly contributed to creating a high-performance culture.

The presenter for this event is CEO Rob Shallenberger. For more information, see his bio below.

Do What Matters Most Live Virtual training gives you instructor-led access to the proven time-management & productivity skills of top performers.

To meet the unique needs and demands of the modern learner, training solutions need to be engaging, accessible from any location, and most of all, effective. On all accounts, the Live Virtual training delivers. Ask questions, participate in individual and group activities, and get hands-on application to leading productivity tools with instant feedback from instructors. You achieve stress-free productivity with interaction that’s fun along the way!

And, of course, if you have any questions along the way, we’re here to help.

When participants tracked results they saw performance and productivity increase by 30-50% within 4 weeks while also reporting less stress, better relationships, and better health. At the organization and team level, below is a list of organizational challenges this training typically solves and reported skills and areas of improvement:

Skills and Areas of Improvement:

0.2 The Do What Matters Most Mindset, Skillset & Purpose (The Why)

“My team just had our 7th consecutive ‘Best Month Ever’ in sales. And, I feel that I am truly at the best I’ve ever been in my life. I’ve lost 10 more pounds (at my ideal weight now!), and I have more energy than my teenagers. My life and my sales team are completely transformed. I’m so grateful for Do What Matters Most.”

Rob is one of the world’s leading authorities on planning and productivity. He’s trained and spoken for hundreds of organizations around the world.

He served as an F-16 Pilot in the United States Air Force for 11 years. He was also an Advance Agent for Air Force One and traveled the world working with foreign embassies and the Secret Service. Following the Air Force, he went into the world of management consulting.

He’s now the CEO of Becoming Your Best Global Leadership and is the author of five different books focused on leadership, planning, and high-performance.

He’s been married for 22 years and has four beautiful children. 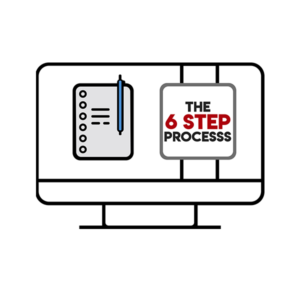