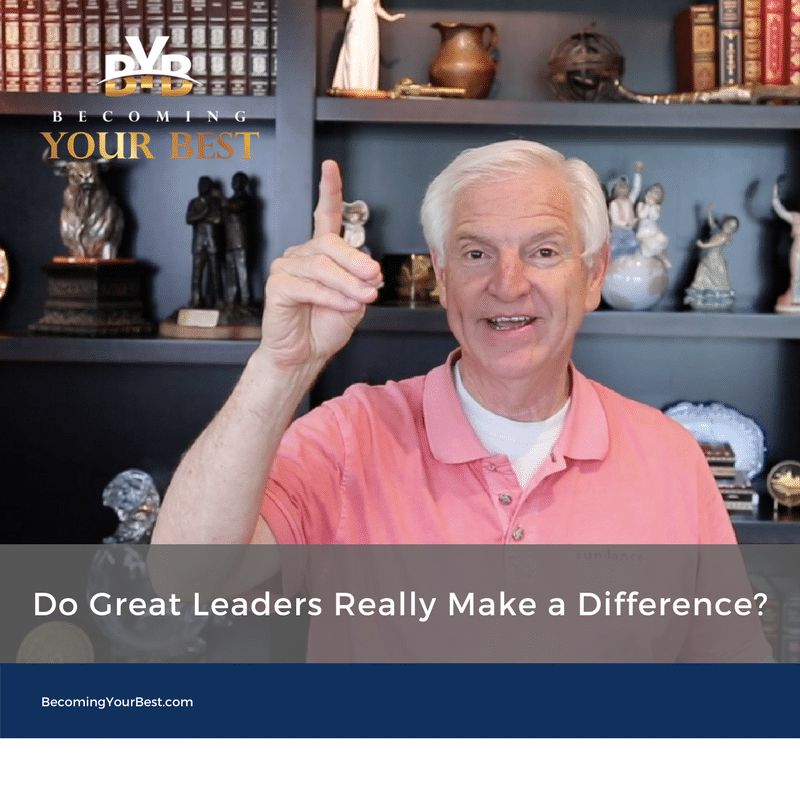 This is Steve Shallenberger with Becoming Your Best Global Leadership. I would like to say absolutely, YES, leadership makes a difference! It’s something that each one of us does as an individual within our relationships, and it’s also applied professionally.

The example I would like to use today, comes from returning fresh a trip to Rwanda and East Africa. I had the opportunity to be there two and a half years ago. No, it was actually about three years ago. I was in Washington, D.C. and met the President of Rwanda. His Excellency, The President Paul Kagame. He is an extraordinary man, but I’d like to tell you what’s taking place. Many are very well aware of the national tragedy that they experienced just about 21 years ago. 1.1 million of their countrymen were slaughtered in 100 days, in a planned genocide. The opposing party (Hutus) felt that there was no room for the Tutsis (this is the name of the group that was being exterminated). So, what would you do? How do you stop this?

Paul Kagame raised a force that came in and stopped the genocide, and then eventually became the president.

Now, let’s say that you’re the leader, what in the world would you do? How do you help this country heal? How do you get it back on track? How do you give it hope?

Paul Kagame is a wonderful example of practicing the 12 Principles of Highly Successful Leaders, of Becoming Your Best. Now that I’ve had the chance, to not only meet him, but see what’s taking place in Rwanda today, we can clearly see the application of these principles. One of my college friends. A senior executive with a very successful regional credit union, Marshall Paepke, once said, “We’re always looking for the single silver bullet of leadership. This thing that can do it.”

He ultimately said, “I’ve realized there is no single silver bullet. It is a number of things that come together.” And that is exactly what happens with the 12 Principles. They combine to create a chemistry of excellence, a chemistry of hope. And so as you think about what Paul Kagame did, he created a vision, a vision of hope for the country of Rwanda. First of all, he said, “By the year 2020, we will have a successful economy. We’ll have a strong middle class. We’ll have a safe country where people can walk anywhere. We are going to invest heavily in the most important asset that we have, in the minds of our people and education.”

And so that is exactly what has happened. He said, “There’ll be no longer Hutus or Tutsis.” He said, “We will all be Rwandans. We’re all in this together.” So what’s happened since then as he set the vision, he set the goal, but not only that, he has led by the golden rule. There is tremendous respect in this whole country. They work to build trust. See, each one of these is one the 12 principles. They listen to one another and this creates a culture that allows it to innovate, and that’s what’s happening.

And so today, Rwanda is the second fastest growing economy in the African continent. I went out and walked, one day five kilometers, and as I went down the street, it was clean, it was safe. And I’ve been throughout the country. This is the way it is all over. One of the things that I do is I say, “Hi,” to everyone. It was amazing. Ninety-eight percent of the people said, “Hi,” back. They had a smile. These were people that were well dressed, they were on the move, they had a place to go. And so this is the impact of leadership.

It is something that we work on. We’re not born with it. Ordinary people are people that learn how to produce extraordinary results as they work on mastering these things. And so, this is what’s happening. This wonderful country of Rwanda. I’ve also had the benefit and see others that work with us. To see this all over in the United States and other places in the world when you have this kind of leadership. Well, thank you so much. I wish each one of you the best as you are making a difference.