Employee Engagement and Being Part of a Fun Team 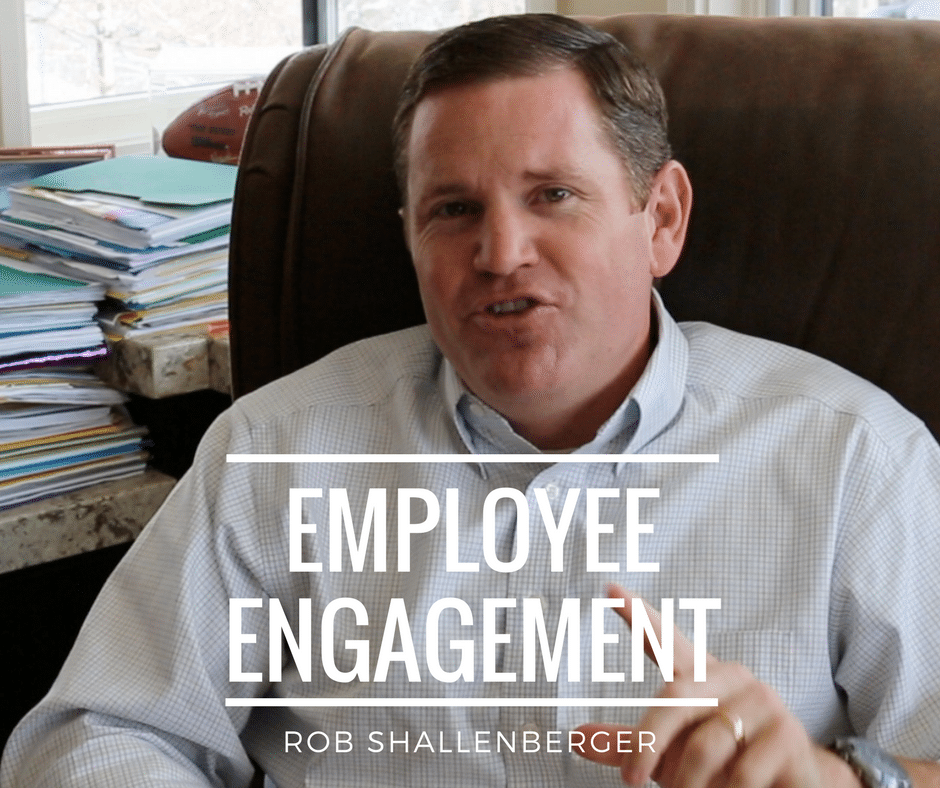 Hey, good morning! Hope you’re having a great day wherever you’re at. I just wanted to share a brief thought with you. I’ve had a couple of conversations this week with different people. One of them couldn’t stand working with the team they were on. They didn’t like being a part of it. It just wasn’t a fun environment. The other person loved going to work, they just had an incredible experience when they were at work and I asked, “Well what’s the difference in those two? Why is one having such an incredible experience while the other is so different?” And it’s a question that I ask and look at in different businesses we’ve worked with is what creates an excitement within a team? And what impact does that have on their results? Now think about this because everybody watching this is in a different place. What kind of environment do you like being a part of? Have you ever worked in a team where you just feel like you’re this cohesive group bouncing ideas off each other, and it’s this collaborative environment where it’s fun to be a part of? And what’s the difference in results in that kind of team versus the other team where people just can’t stand being there? And that reflects back on employee engagement and one of the things we’ve learned is that employee engagement on average in the United States sits at around 32%. That means that 68% of people when they come to work they feel like they just don’t want to be there. They’ll do their job, they’ll do whatever they’re asked to do, and then they’ll leave. They’re not innovating, they’re not thinking of better ways to do their job. They’re not contributing to the team. So let me just share with you my brief observation that I wanted to share. What’s the impact of one person thinking differently, making a difference, and having a focused approach at taking what might be ordinary in their job and doing it in an extraordinary way?

So I was flying back on Delta a couple weeks ago and the stewardess…she got on the intercom, made the standard comments and everything and then as we were getting ready to land, she brought around a napkin to each of the people seated around where I was and as I looked at the napkin, it had written on it, “Mr. Shallenberger, thank you so much for flying with Delta. You’ll be arriving at gate E7 and your connecting gate is T3. Thank you for being a Diamond. Have a great day.” I thought wow, that was impressive! And I listened to the conversations of the people around me, the seats behind me, on the side of me. They’re saying the same thing. “Who is this person? Why would she do that?” She probably did that for 8 to 10 different people. And Delta gives out a special little pass to their Platinum or Diamond flyers that you can give to people when you see an exceptional act of service and they can turn around and take that to Delta and cash it in for $500. What was interesting is that I took one of mine, and I watched two other people around me take theirs and hand that to her on the way out the door. So she made $1500 on that one hour flight. So while other people may be grumbling, not happy to be there, having a transactional day, she’s doing something ordinary in an extraordinary way. She’s engaged in her job, and what’s the result? The other stewardesses and people loved being around her. The customers loved being around her. She made an extra $1500. My guess is she loves coming to work. She loves her job because she’s engaged and having a different experience than everyone else. And so it’s not only so much about the money, it’s about what are we doing in our results. Are we loving the place that we’re at? Are we a part of a team where we’re contributing? And that Delta example is just one of many different examples. What can happen to a team when they start to engage in the 12 Principles. So I just wanted to share that story with you in the hopes that it can inspire some ideas of what you can do, what I can do, to make our jobs better, to take something ordinary, to make it extraordinary, to be a blessing to someone else’s life, and just remember that one person can make a difference.